Are you the cream first or the jam first kind of person? It’s one of the great British problems that us Brits face. In the southern counties of Devon and Cornwall its almost a political debate. Those from Devon put their cream on first, whereas their Cornish neighbours spread their jam as a base. I’m a cream first kind of guy, I see it as a bit like butter, in a cheese sandwich you wouldn’t put the cheese on first would you?

Beth and I were kindly invited by Visit Nottinghamshire and the St James Hotel in Nottingham to sample their Sparkling Afternoon Tea during the National #AfternoonTeaWeek. We were treated to a platter of sandwiches, a collection of cakes, topped with scones, cream and strawberry jam. Our waiter Ken was a credit to the hotel and served us a chilled prosecco on arrival.

Afternoon Tea stems back to the mid 1800’s and is believed to have been introduced by the Duchess of Bedford. The Duchess found that she became hungry mid-afternoon, as her evening meal was served late in the evening. The Duchess requested to be served tea, bread and butter on a tray and began to invite friends to join her. 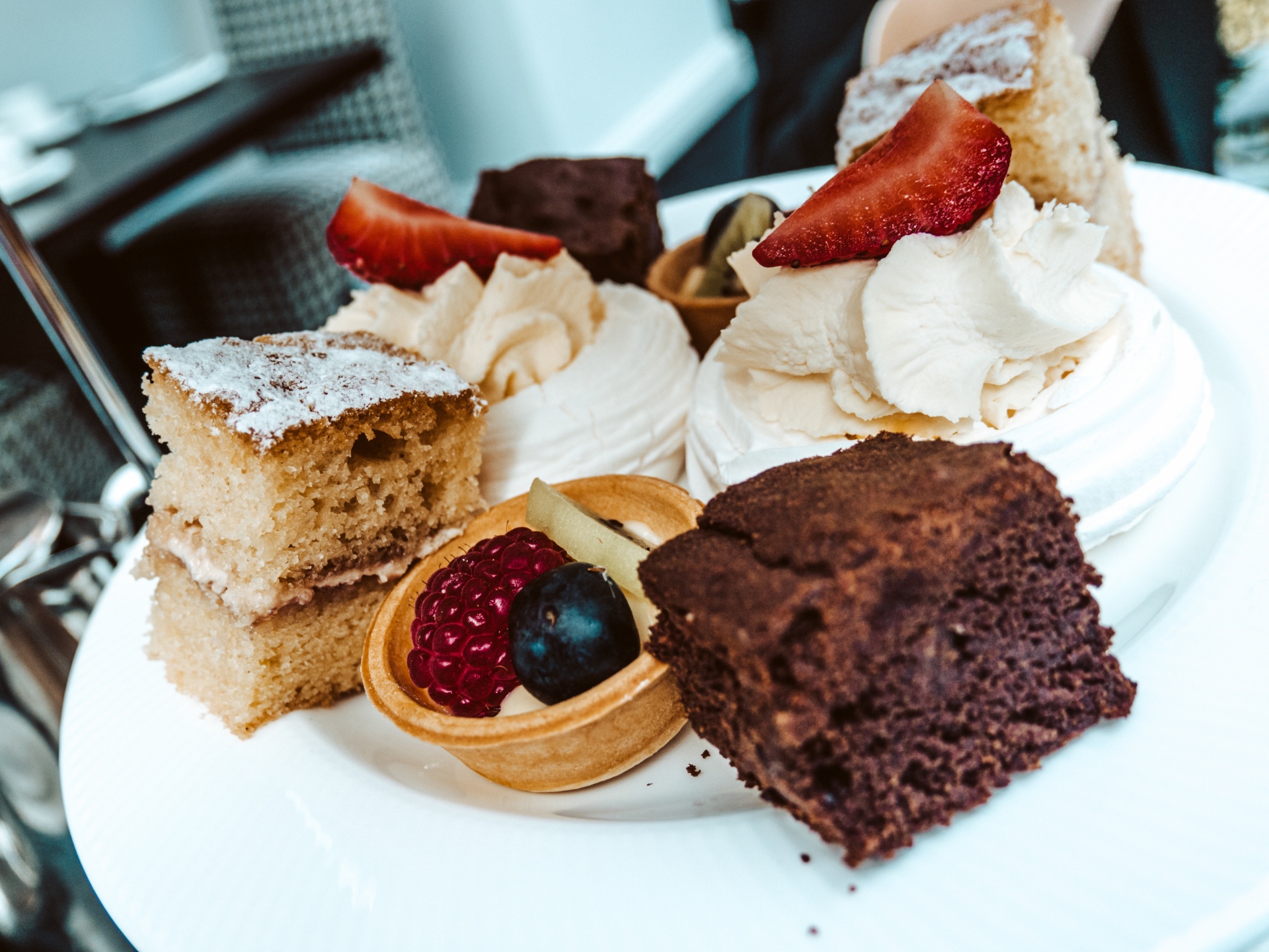 – 76% of the British population drink tea every day.

– Glaswegians are the biggest drinkers of Herbal & Fruit Teas

– Scousers are big fans of tea, with the people of Liverpool drinking 1,460 cups on average per year.

Afternoon Tea Week was born in the early 2000s and has now become an annual event celebrated in August with this year’s event being held between the 12th – 18th August. The event is being hosted all over the UK from quaint tea rooms through to 5* Hotels.

Four places for a quirky and instagrammable afternoon tea in the UK:

Jump aboard a London icon, a vintage red, double-decker Routemaster bus and take in the sights of the city whilst sipping tea and tucking into your sandwiches. The tour lasts around one hour thirty and passes landmarks such as Big Ben, The Houses of Parliament, Westminster Abbey, St James’s Park, Hyde Park, The Royal Albert Hall and Marble Arch to name a few.

Voted highly recommended in the Afternoon Tea Awards, Sketch’s afternoon tea is housed in a monochromatic blush coloured gallery and it also has one of the most Instagrammed toilets in London (have you seen their egg-shaped pods?). Sketch’s tea is served in quirky cups and the menu defiantly has a twist too!

One of Pride and Prejudice author Jane Austen’s hang outs. The Pump Room oozes elegance, with the Georgian setting being home to a string quartet that plays classical music too whilst you dine!

Pier Point on Torquays seafront is famous for its Unicorn afternoon tea, the sparkly servings look too pretty to eat, as for their hot chocolate they add party rings too.

Our hosts for afternoon tea were St James Hotel in Nottingham’s city centre right next to Nottingham Castle and the statue of the legendary outlaw Robin Hood. The hotel offers a boutique style with rooms to accommodate varying budgets, including a penthouse suite. Our afternoon tea was served in their No.6 Bar & Lounge that has a curious mix of colours, patterns and styles. 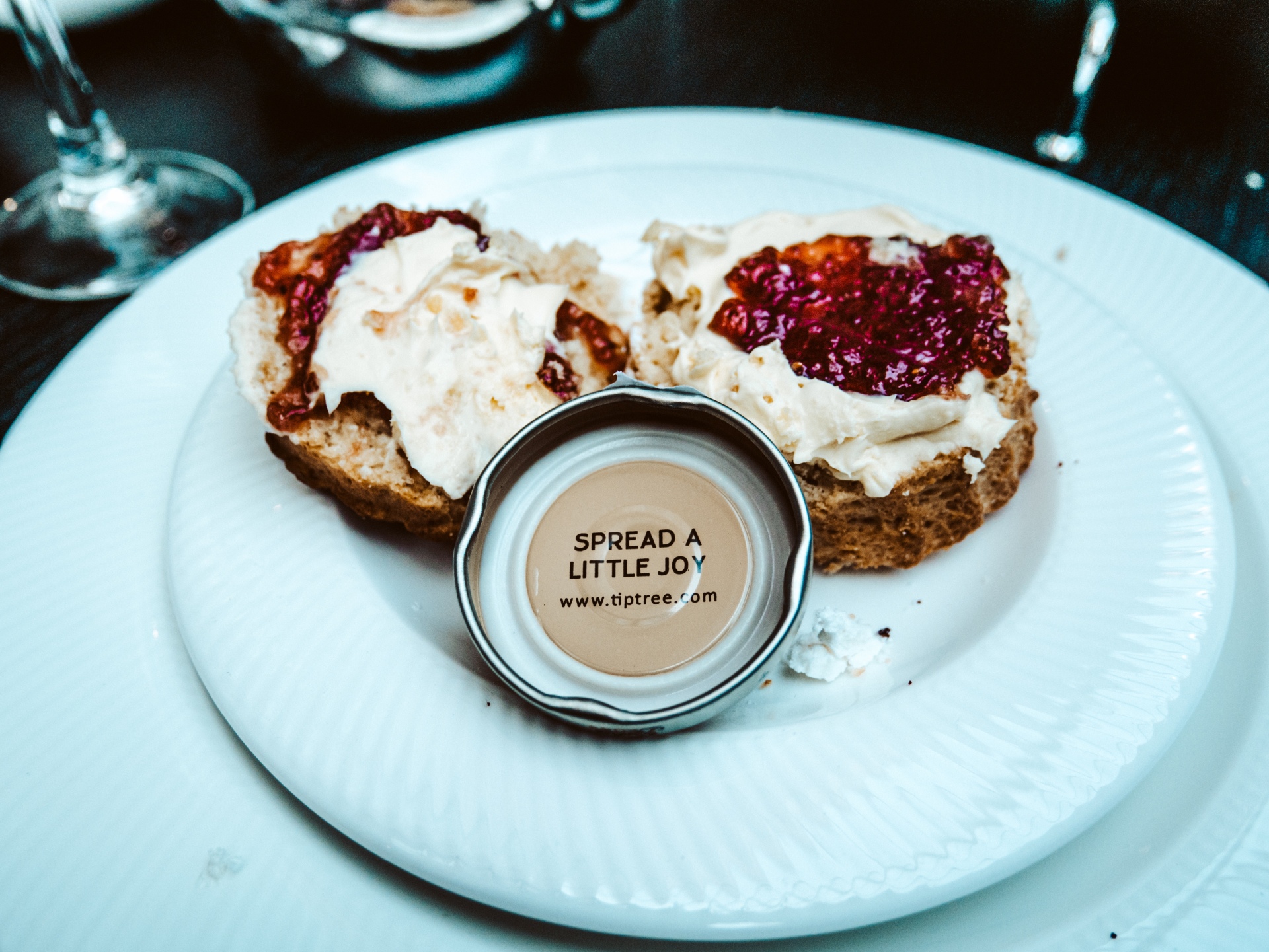