Following my presentation at the Universities ‘Global Graduates’ event in October I was approached by the Universities Marketing Department to ask if I was willing to get involved in their next marketing campaign.

The University had selected two students, myself and Jijing Li, who is currently an intern at the Business School to front their new campaign.

In early November I was invited to the new Employability Center at the University for a photo shoot and a couple of hundred photos and a muscle spasm in my cheek the campaign was released in late November. 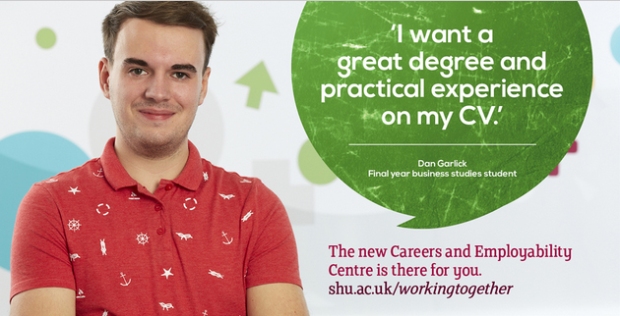 I am now haunted by this image on every computer screen in the University, as it is set as one of the rolling screen savers and it can also be found on the opening page of the Universities intranet. 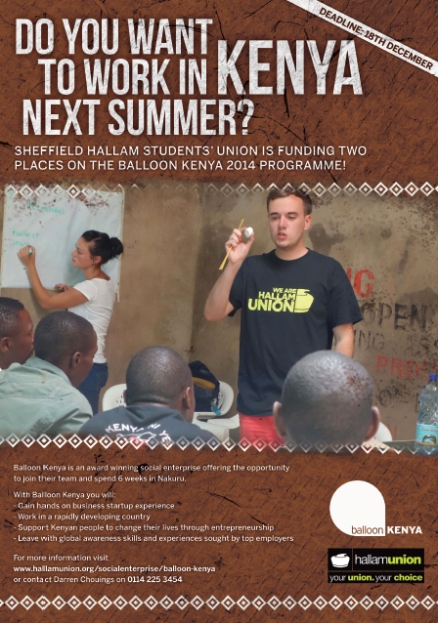 At a similar time 300 of the Balloon Kenya posters and 5000 fliers were produced, so I have been receiving a fair amount of stick from my friends at University. The Balloon Kenya funding from Hallam Union was heavily applied for from students and the assessments shall start next month.

It was an honour to be asked to get involved as there are 37,000 at Sheffield Hallam. 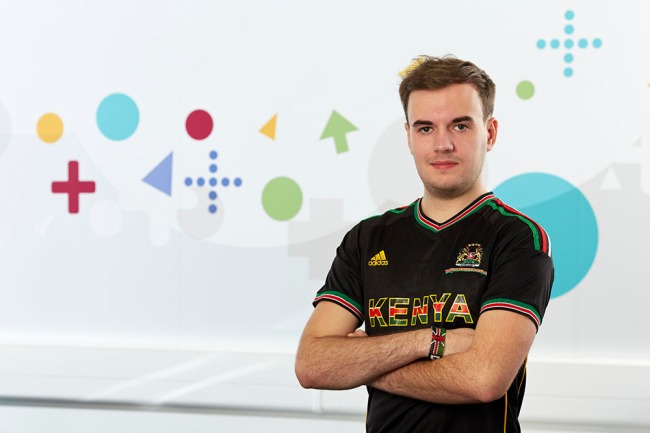