Yesterday was a busy day of meetings looking into how we are going to approach the launch of Balloon Kenya in partnership with Hallam Union.

After the success of my trip over the summer Hallam Union would like to fund two places next summer to join the programme in June 2014.

We shall be looking for the Universities top talent and launching the campaign in the first week of November. Lots of people have shown an interest already which is really exciting!

I met the President of the Union in a bar in Sheffield in the week and he was fully aware of the project and gave me his number if I needed any assistance, which was nice!

As the leaves mount up on the pavements of Sheffield, as does the work load. Corporate Finance being today’s reading topic. 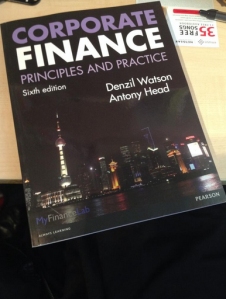 Last Thursday I spent the day in Manchester at a careers fair of 3,000 students and 50 graduate employers. One of Next’s HR Officers described me as the ‘sharpest’ student at the event in my light grey suit with navy tie. I had some great chats with some of the employers there, but also some of the students too.

Last Saturday I got the opportunity to watch my beloved Carlisle United play in Manchester. Despite the loss it was a nice day out! I also saw Pascal Chimbonda make his début for the club.

I appeared in the Business Magazine of the Leicester Mercury on Tuesday. An article that I wrote about a month ago appeared over two pages of their monthly magazine. Thanks to their Business Editor, Ian for sorting it!

Garlick scored a hat trick in an Ethiopian shirt this week and it was nice to get my football boots back on and escape university for an hour with friends. The decision on the next African nation I shall represent is difficult after the haul of football shirts I bought back from Kenya (Somalia, Uganda, Kenya, Nakuru Allstars, South Sudan and Ethiopia).

This week shall see me represent Sheffield Business Schools Enterprise Society in Birmingham at NACUE’s (National Association of College & University Entrepreneurs) boot camp. It’ll be great to join fellow Enterprise Committee members from across the country to share some ideas. I may have a cheeky stop of in Leicester to see the family too!